October 29, 2019
Daily Nugget:
Psalm 104 is a Hebrew hymn restating the Genesis account of creation. It reminds the singer of what God had created in this universe and on the Earth on the six days. The God of creation is given credit for His wonderful work in those days.

God’s creation of light (Gen. 1:2) is mentioned, as are all the following summarized five days of what He had done. The God-deniers and God-haters, of course, deny God’s account and resort to their theories of “accidental” developments of all the amazing wonders we have on this Earth and in the skies.

All the evolution and “accidents” modern “science” claims to be the result of all we have on this Earth, have never been proven and are always changing. Still, those theories are believed by most.

In recent decades, a new scare tactic has been forced down the throats of agullible public. It is an attempt to convince people that this planet will soon be uninhabitable or destroyed. This chapter refutes two of those accusations that are causing ungrounded, unproven fears.

The first biblical principle taught here (Psalm 104:4) crushes current political propaganda that the Earth will not be around or inhabitable forever. Our planet will experience geological upheavals, changes, and during the final days of sinful man will be made new (Rev. 21:1). However, the Earth is here to stay and is not going anywhere; thus saith the Lord!
“Who [God] laid the foundations of the earth, that it should not be removed for ever.” Psalm 104:5

As for rising oceans that politicians have attempted to get citizens fearful of, God also says that there are boundaries that waters cannot cross. Although panic is growing that polar ice will melt, and cities and other lands will be flooded, it is contrary to what God promises in His Word. The waters will not invade any further than God has planned them to go.
“Thou hast set a bound that they [water] may not pass over; that they turn not again to cover the earth.” Psalm 104:9

Although government scare tactics repeatedly warn of Earth catastrophes that man thinks he can control, it is the Creator of this globe that decides what will become of what He has made. God says it will be here forever!

Who do you believe; man, who has a political or financial agenda or a God that loves His creation and all that He has made?
“The glory of the LORD shall endure for ever: the LORD shall rejoice in his works.” Psalm 104:31

Today’s Thought:
“If the Father designs to touch with divine power the cold and pulseless heart of the buried acorn and to make it burst forth from its prison walls, will He leave neglected in the earth the soul of man, made in the image of his Creator?” — William Jennings Bryan

Words to Understand:
Leviathan: a huge sea -creature mentioned in the Bible
Manifold: many

Today’s Reading:
Psalm 104
1 Bless the LORD, O my soul. O LORD my God, thou art very great; thou art clothed with honour and majesty.
2 Who coverest thyself with light as with a garment: who stretchest out the heavens like a curtain:
3 Who layeth the beams of his chambers in the waters: who maketh the clouds his chariot: who walketh upon the wings of the wind:
4 Who maketh his angels spirits; his ministers a flaming fire:
5 Who laid the foundations of the earth, that it should not be removed for ever.
6 Thou coveredst it with the deep as with a garment: the waters stood above the mountains.
7 At thy rebuke they fled; at the voice of thy thunder they hasted away.
8 They go up by the mountains; they go down by the valleys unto the place which thou hast founded for them.
9 Thou hast set a bound that they may not pass over; that they turn not again to cover the earth.
10 ¶ He sendeth the springs into the valleys, which run among the hills.
11 They give drink to every beast of the field: the wild asses quench their thirst.
12 By them shall the fowls of the heaven have their habitation, which sing among the branches.
13 He watereth the hills from his chambers: the earth is satisfied with the fruit of thy works.
14 He causeth the grass to grow for the cattle, and herb for the service of man: that he may bring forth food out of the earth;
15 And wine that maketh glad the heart of man, and oil to make his face to shine, and bread which strengtheneth man's heart.
16 The trees of the LORD are full of sap; the cedars of Lebanon, which he hath planted;
17 Where the birds make their nests: as for the stork, the fir trees are her house.
18 The high hills are a refuge for the wild goats; and the rocks for the conies.
19 ¶ He appointed the moon for seasons: the sun knoweth his going down.
20 Thou makest darkness, and it is night: wherein all the beasts of the forest do creep forth.
21 The young lions roar after their prey, and seek their meat from God.
22 The sun ariseth, they gather themselves together, and lay them down in their dens.
23 Man goeth forth unto his work and to his labour until the evening.
24 O LORD, how manifold are thy works! in wisdom hast thou made them all: the earth is full of thy riches.
25 So is this great and wide sea, wherein are things creeping innumerable, both small and great beasts.
26 There go the ships: there is that leviathan, whom thou hast made to play therein.
27 These wait all upon thee; that thou mayest give them their meat in due season.
28 That thou givest them they gather: thou openest thine hand, they are filled with good.
29 Thou hidest thy face, they are troubled: thou takest away their breath, they die, and return to their dust.
30 Thou sendest forth thy spirit, they are created: and thou renewest the face of the earth.
31 ¶ The glory of the LORD shall endure for ever: the LORD shall rejoice in his works.
32 He looketh on the earth, and it trembleth: he toucheth the hills, and they smoke.
33 I will sing unto the LORD as long as I live: I will sing praise to my God while I have my being.
34 My meditation of him shall be sweet: I will be glad in the LORD.
35 Let the sinners be consumed out of the earth, and let the wicked be no more. Bless thou the LORD, O my soul. Praise ye the LORD.

Popular posts from this blog 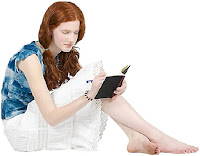 I am so sorry about how our friendship has turned out. I was so excited when I first learned that you were a Christian. Fellowship and relationships with others of like faith are very important to me. However, I quickly learned that your definition and my definition of being a “Christian” are completely different.

When one says they are a “Christian,” I assume their thinking and lifestyle would be aligned with the Bible. Your “Christianity” is not what is described in the Bible. As a matter of fact, most of the time, you did not want to discuss the Bible. When the conversation did lead to spiritual things, you quickly went on the defense and accused me of judging or argued the doctrine. We have spent more time discussing “what the Bible really means,” as you keep saying, rather than agreeing on the things of God.

My other friendships with Christians have never been this strained. It has always been easy and perfectly natural for my other friends and me to talk abo…
Read more

Should A Christian Drink Alcohol?

Today, possibly because the Word of God is not obeyed and is considered not relevant, many Christians have no conviction about what the Bible says about many things, including the drinking of alcohol. Much is said in the Bible about the dangers and effects that alcohol will have on one and his Christian testimony. Indulgence in alcohol is never recommended in God’s Word. Its use is usually negatively spoken about. Here are some reasons why a Christian should avoid alcoholic beverages: Alcohol is dangerous. Even wine is likened to a poison that will ruin one’s life!
“Look not thou upon the wine when it is red, when it giveth his colour in the cup, when it moveth itself aright [fermenting]. 32 At the last it biteth like a serpent, and stingeth like an adder.” Pro. 23:31-32Alcohol should not be drunk by a wise person.
“Wine is a mocker, strong drink is raging: and whosoever is deceived thereby is not wise.” Prov. 20:1 Wine’s influence will make one mock, or deride, others. Strong drink wi…
Read more

The answer is, they will not get away with sin. The payday for iniquity will come someday; it may be today; it may be ten years from now. They may appear unscathed from their wrong-doing in this life, but you have God’s promise that in the next, they will stand before a judge that will issue a verdict they will fear and of which they will be regret.

As I told many Sunday school classes, no one gets away with sinning against God. True to that biblical promise, I have seen sinner after sinner pay the price for their wrong-doing that they never thought they would pay. Quite often, the wage for their offense ag…
Read more

Daily Nugget:
Jesus was not just a man. He is the only Son of God (John 3:16). His fulfillment of hundreds of prophecies proves it. His life and his supernatural miracles affirm it. Even the supernatural occurrences after His death verify it. At least eleven of them are mentioned in Matthew. Many of them are found in Matthew 27 and 28.

Daily Nugget:
“Moreover if thy brother shall trespass against thee, go and tell him his fault between thee and him alone: if he shall hear thee, thou hast gained thy brother. 16 But if he will not hear thee, then take with thee one or two more, that in the mouth of two or three witnesses every word may be established. 17 And if he shall neglect to hear them, tell it unto the church: but if he neglect to hear the church, let him be unto thee as an heathen man and a publican.” Matthew 18:15-17

Everybody has had a problem with somebody sometime. What does the Bible say to do when you are offended? It does not say to start a smear campaign and tell everybody your side of the situation to get them on “your side.” That usually gets a whole bunch of people bitter at the other person. When you do that, and convincingly get that person to think you are right and the other wrong, you are bringing the innocent listener “shame and folly” (Proverbs 18:13) for making him judge a situation without he…
Read more